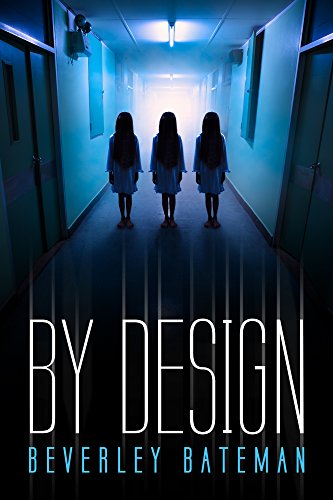 Nurse Evie Dalton succumbs to the temptation of a lot of money and a chance to work with the attractive Dr. Adam Marsden. She accepts a position at an isolated hospital. On arrival she finds an onsite animal farm attached to the hospital and mysterious limos arriving in the dark. There are screams in the night. People disappear and turn up dead. There’s no way to leave the hospital and area once you start work there and no communication outside the small town.

Dr. Adam Marsden left his past behind. Now he thinks has it all; a great job, money, and a chance to buy his own hospital. But he hadn't counted on Evie Dalton breaking through his tough emotionless shell. Now, because of him, she’s at risk and might be the next victim. Depending on his decisions, they could both be running for their lives.

What the hell have I got myself into?

By the time she had reached Ophidian, the stark white hospital in the isolated northern woods of California, concern had replaced excitement. Besides the remoteness, her less than altruistic motive had her rethinking the decision as well.

In the room, classical music played quietly in the background. She’d tried to find the switch to turn if off last night, but there didn’t seem to be one; different stations but no off switch. She’d have to ask someone how you turned the bloody thing off before it drove her crazy.

She checked her blonde hair in the mirror, pushing it back behind her ears to make it look neater.

It had been almost two years since she’d been home. Suddenly she had an overwhelming desire to be there right now, close to her mother and father, and brothers. Jiggs, the family terrier would be racing around her, wanting Evie to pet her. That’s where she wanted to be, home, where she would be safe and loved, not in this desolate place.

Everything inside her screamed get out. She’d never really made a mistake before, not a big one. This felt like the big one. But then she’d never made a decision based purely on money before, either. She’d been raised in a small mid-west town where money hadn’t been an important part of her life.

Evie paused to stare out the only window of the tiny suite she would be calling home for the next six months, according to her contract. In front of her stood the sparkling white building where she would be working.

The architecture reminded her of something from the thirties or early forties that she’d seen on an episode of Poirot one time, not a hospital. It was squarish with kind of rounded corners, smaller than most hospitals and a brilliant white.

She could see a one-story wing up front and a two-story wing out the back that angled about forty-five degrees off from the front wing.

Last night when she had arrived it had looked like a white monolith. Today it just looked cold, sterile, and remote. A shiver climbed down her spine. She pulled her arms tightly around herself. Something didn’t feel right. She shook her head, turned from the window, and grabbed her white cardigan off the chair.

She’d never even heard of Preston, California before Dr. Marsden had told her about it. It took four different maps before she even found it. Now she would be living and working several miles outside of Preston in the bloody wilderness.

God, she was an idiot. On the positive side, there had to be a positive side. Maybe she’d learn something from the experience. She had never felt loneliness before but after only a few hours here she felt she was beginning to experience it.

Her supervisor at the crisis center where Evie volunteered had said Evie needed to learn compassion and understanding. Maybe working in this place, she might develop a better understanding of others. Her own feelings were likely going to go through some sort of metamorphosis here. Good had to come out of it somehow. Right?

She squared her shoulders. She’d make it work. Evie pulled on the cardigan, did a quick check of her room, locked the door and headed downstairs.

Doesn’t sound like a great place to wok. Sounds spooky.

Don’t think I’d want to work there! Much rather be back home with Jiggs in my lap. Tweeted.